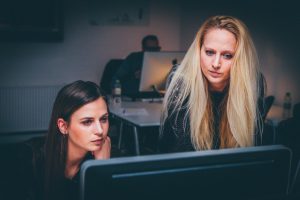 Michigan’s University did a research and revealed that mothers still suffer with the job market. The difference between the women that have children from the ones that don’t have increased a lot in the last years, mainly in the US.

Between 2006 and 2014 the payment difference between them reached until 15% less, even if they have the same job, experience and education. For who has 2 or more children the difference is still worst, between 13% and 20%.

This sad reality still exists even with the increase of the number of mothers in job market to 70% in 2015.